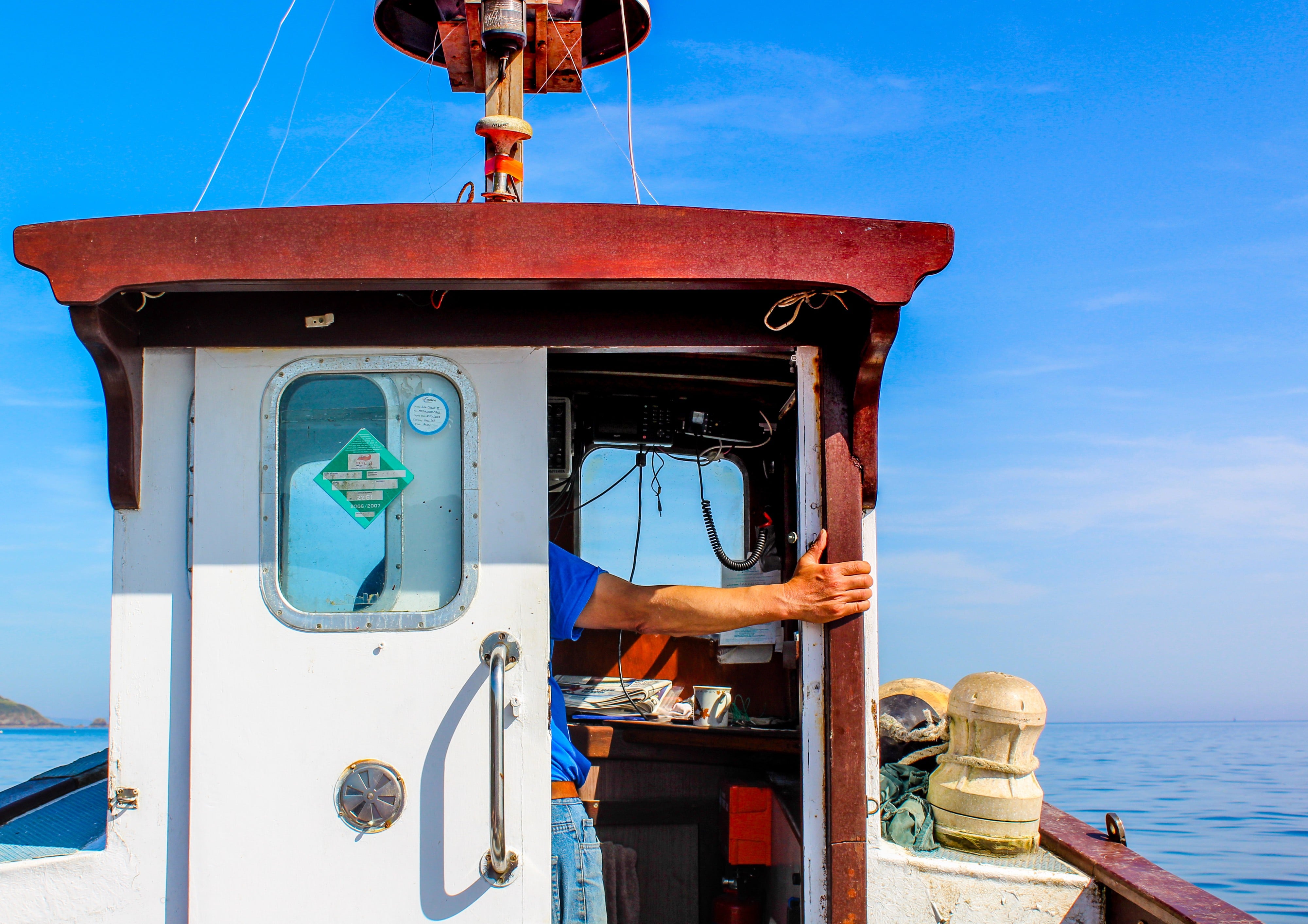 After presenting the Chi-square test of independence by hand and in R, this article focuses on the Fisher’s exact test.

Independence tests are used to determine if there is a significant relationship between two categorical variables. There exists two different types of independence test:

The literature indicates that the usual rule for deciding whether the \(\chi^2\) approximation is good enough is that the Chi-square test is not appropriate when the expected values in one of the cells of the contingency table is less than 5, and in this case the Fisher’s exact test is preferred (McCrum-Gardner 2008; Bower 2003).

The hypotheses of the Fisher’s exact test are the same than for the Chi-square test, that is:

Our data are summarized in the contingency table below reporting the number of people in each subgroup:

It is also a good practice to draw a mosaic plot to visually represent the data: 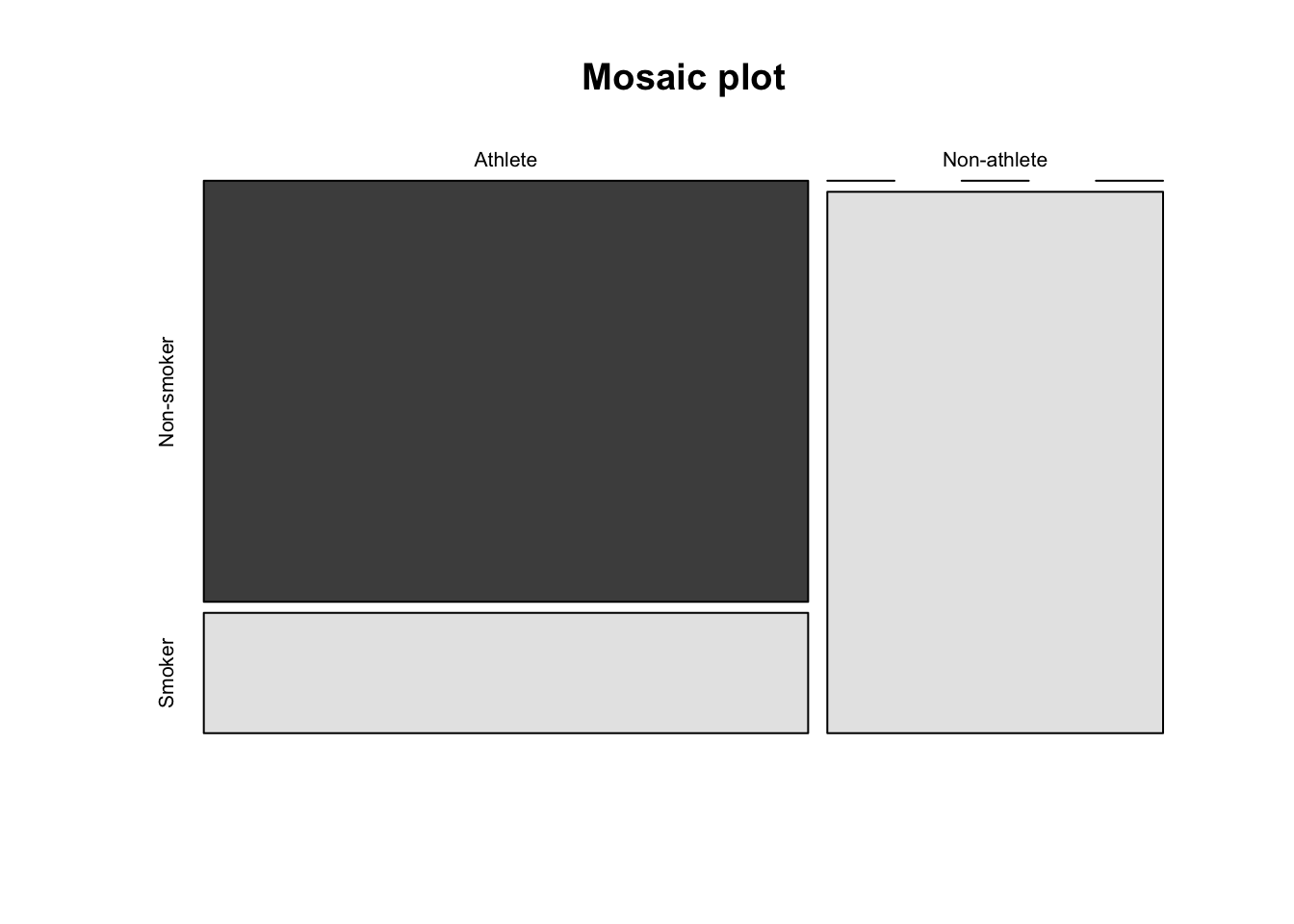 We can already see from the plot that the proportion of smokers in the sample is higher among non-athletes than athlete. The plot is however not sufficient to conclude that there is such a significant association in the population.

Like many statistical tests, this can be done via a hypothesis test. But before seeing how to do it in R, let’s see the concept of expected frequencies.

The contingency table above confirms that we should use the Fisher’s exact test instead of the Chi-square test because there is at least one cell below 5.

(Remember that, as for the Chi-square test of independence, the observations must be independent in order for the Fisher’s exact test to be valid. See more details about the independence assumption in this section.)

To perform the Fisher’s exact test in R, use the fisher.test() function as you would do for the Chi-square test:

Note that if your data is not already presented as a contingency table, you can simply use the following code:

where dat is the name of your dataset, variable1 and variable2 correspond to the names of the two variables of interest.

\(\Rightarrow\) In our context, rejecting the null hypothesis for the Fisher’s exact test of independence means that there is a significant relationship between the two categorical variables (smoking habits and being an athlete or not). Therefore, knowing the value of one variable helps to predict the value of the other variable.

Combination of plot and statistical test

It is possible print the results of the Fisher’s exact test directly on a barplot thanks to the ggbarstats() function from the {ggstatsplot} package (the function has been slightly edited to match our needs).

It is easier to work with the package when our data is not already in the form of a contingency table so we transform it to a data frame before plotting the results: 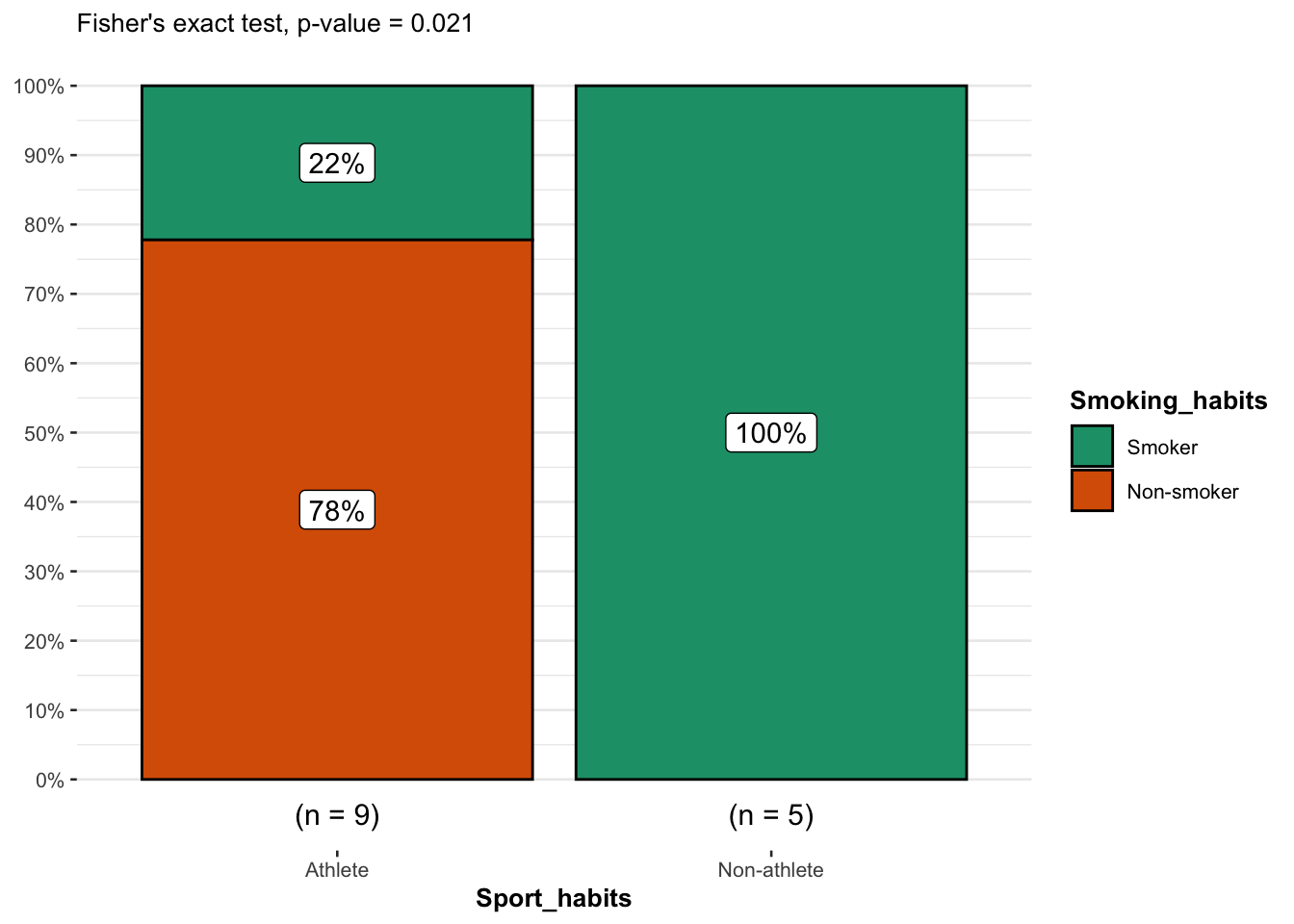 From the plot, it is clear that the proportion of smokers among non-athletes is higher than among athletes, suggesting that there is a relationship between the two variables.

This is confirmed thanks to the \(p\)-value displayed in the subtitle of the plot. As previously, we reject the null hypothesis and we conclude that the variables smoking habits and being an athlete or not are dependent (\(p\)-value = 0.021).