What is the difference between population and sample? 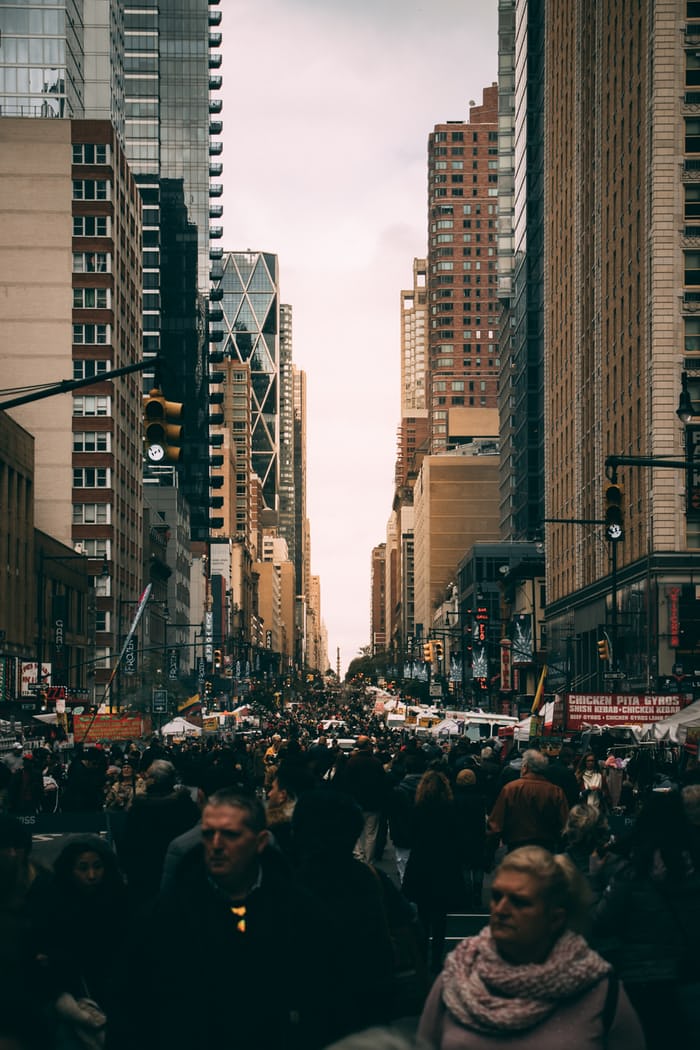 People often fail to properly distinguish between population and sample. It is however essential in any statistical analysis, starting from descriptive statistics with different formulas for variance and standard deviation depending on whether we face a sample or a population.

Moreover, the branch of statistics called inferential statistics is often defined as the science of drawing conclusions about a population from observations made on a representative sample of that population. It is therefore crucial to properly distinguish between the two concepts. So, what exactly is the difference between population and sample? 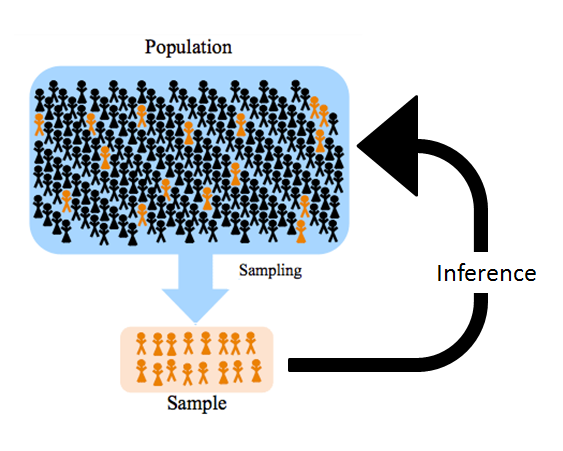 A sample consists of some observations drawn from the population, so a part or a subset of the population. The sample is the group of elements who actually participated in the study.

Members and elements are defined in the broad sense of the term. It may be human. For instance, the population may be “all people living in Belgium” and the sample may be “some people living in Belgium”. It can be anything else too. Say you are testing the effect of a new fertilizer on crop yield. All the crop fields represent your population, whereas the 10 crop fields you tested correspond to your sample. Since a sample is a subset of a population, a sample is always smaller than the population.1 Note that, a population must not necessarily be large. It might be the case that you study such a narrow population (e.g., first-year male bachelor students from your university who passed the statistics exam in June and for whom their parents have been divorced for more than 5 years), that the size of the population is actually rather small.

As mentioned at the beginning of this article, one of the main concern in statistics is being able to draw conclusions about a population from a representative sample. Why using a sample of the population and not directly the population? In general it is almost always impossible to carry out measurements for the entire study population because:

For these reasons, measurements are made on a subgroup of observations from the population, i.e., on a sample of our population. These measures are then used to draw conclusions about the population of interest. With an appropriate methodology and a sufficiently large sample size, the results obtained on a sample are often almost as accurate as those that would be obtained on the entire population.

Of course, the sample must be selected to be representative of the population under study. If participants are included in a study on a voluntary basis, there is a serious concern that the resulting sample may not be representative of the population. It may be the case that volunteers are different in terms of the parameter2 of interest, leading to a selection bias. Another selection bias can occur when, for instance, a researcher collects citizens’ wage, by the means of internet. It might be the case that people having access to internet have different wages than people who do not have access.

In some situations or domains (e.g., in medicine, psychology, etc.) it is complicated or even impossible to obtain a random sample of the population. In such cases, it will be important to consider how representative the resulting sample will be.

Last but not least, paired samples are samples in which groups (often pairs) of experimental units are linked together by the same experimental conditions. For example, one may measure the hours of sleep for 20 patients before taking a sleeping pill (forming sample A), and then repeat the measurements on the same individuals after they have taken a sleeping pill (forming sample B). Another example is the grades of 25 students at their statistics and economics exam. Among each student, grades for these two exams are undoubtedly associated (to some extent) to each other.

The two measurements for each individual (hours of sleep before and after the sleeping pill, grades at two different exams, or the strength in the right and left arm) and the two samples are of course related. Statistical tools accounting for a relation between the samples exist and should be preferred in that case.

Thanks for reading. I hope the article helped you to understand the difference between population and sample. For the interested reader, see the most common descriptive statistics that can be made on a sample or a population.